Alexander Albon risks being left out of qualifying. At the end of the session, there was not enough fuel in his tank to take a sample, so he too had to report to the stewards.

The Williams driver qualified in sixteenth place, but may not be allowed from there. Towards the end of Q1 he stalled after his team told him to park his car. The reason behind this has not been shared, but it appears the team miscalculated with the fuel remaining in the tank.

Marko voices rare criticism of Verstappen: ‘We thought he had peace now’

At the end of the session, it appeared that there was not enough fuel in the tank for the required one liter sample. Stopping the car was of no use, as the fuel needed to return to the pits is simply added to the amount required by the FIA.

Mercedes: “The differences with Ferrari and Red Bull are still worrying”

Only a 0.33 liter sample could be taken, and Albon therefore risks disqualification. As a result, he will most likely have to start from the back of the grid or pit lane.

Albon summoned by the FIA

After examination by the marshals, Albon lost his sixteenth starting place. The verdict on this offense is usually very black and white, so disqualification was expected. 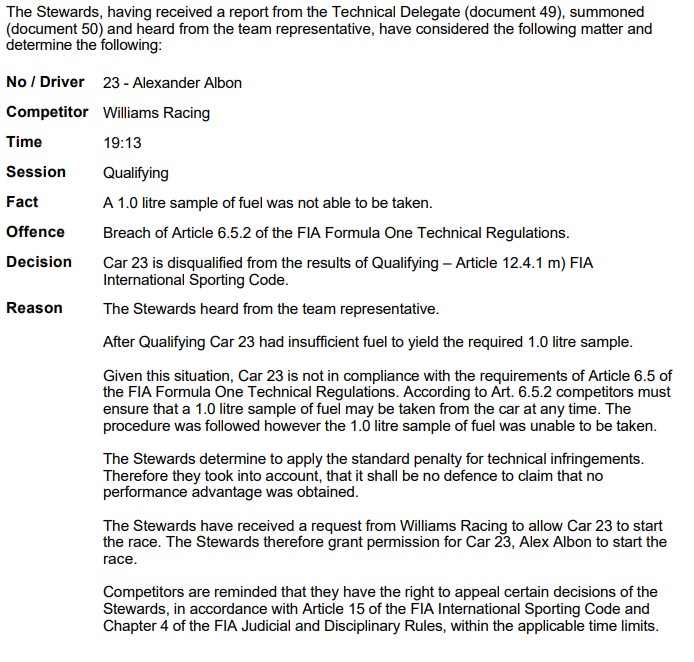 Penalty without consequence for Stroll after causing a crash with Latifi