Trending
Australia’s ambition scientific mission Recovering an Antarctic ice core more than a million years old is a step closer, with the unveiling of a new 400-kilogram drill capable of taking samples nearly three kilometers below the ice sheet.
The drill, which can operate in temperatures as low as 55 degrees below zero, will be used to recover the world’s oldest continuous ice core, in what is considered by the federal government to be a major climate science project.

A million years ago, the rhythm of ice ages changed dramatically and the Million Year Ice Core Program aims to find out why.

The ice cores the drill hopes to recover contain tiny air bubbles from around a million years ago, which will give Australian scientists a snapshot of the atmosphere from that time.

The 10 meter long stainless steel drill head was designed and built by Australian Antarctic Division engineers in Tasmania over the past two years.

Engineers baked huge blocks of ice over two months, adding small amounts of water each day to get the half ton needed to replicate the freezing Antarctic conditions needed to properly test the drill for the first time in out of the studio today.

“We hope this information will help us better understand past climate changes and long-term climate impacts.”

To deliver the world’s oldest ice core, teams will traverse 1,300 kilometers from Antarctica to the site of “Little Dome C”, then drill for several summer seasons through 2,800 meters of ice on one of the most inhospitable on the planet. 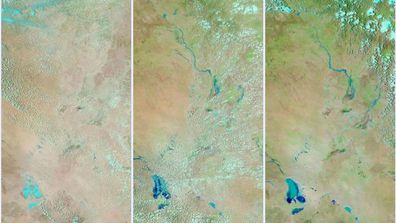 “This is a modern-day Antarctic adventure,” Ms Ley said.